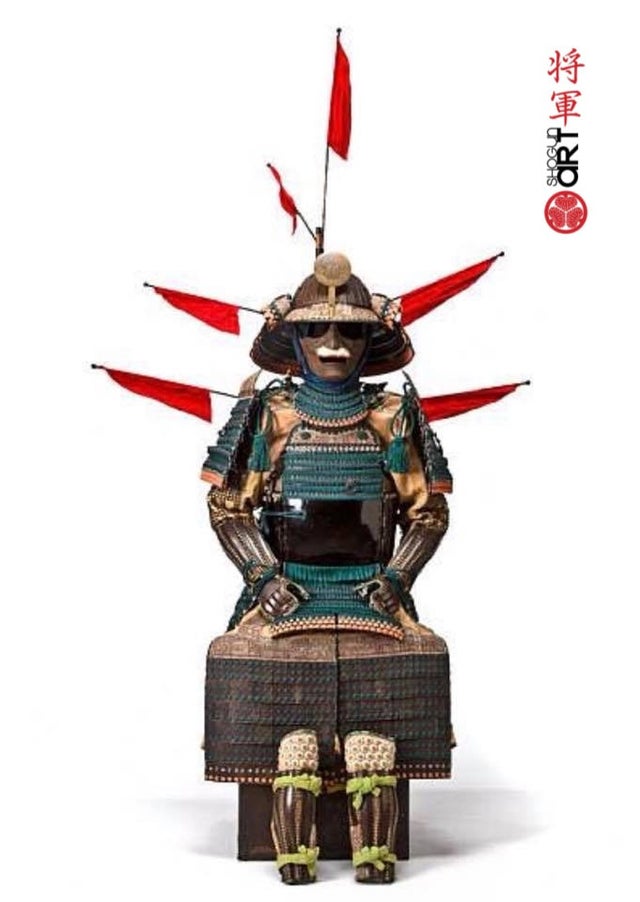 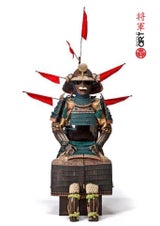 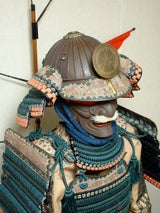 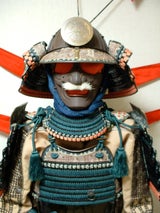 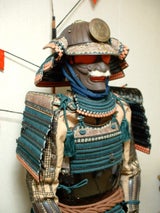 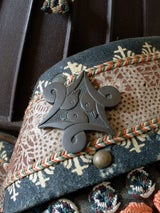 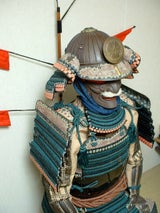 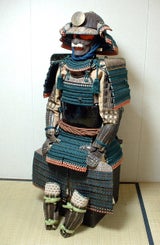 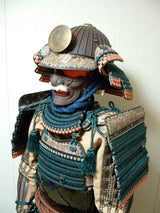 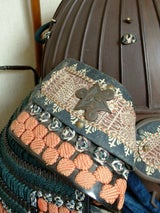 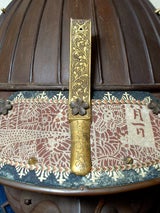 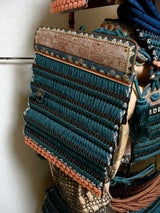 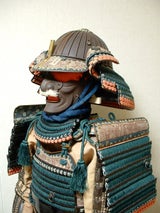 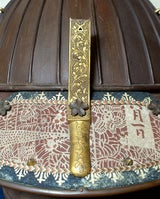 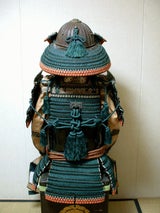 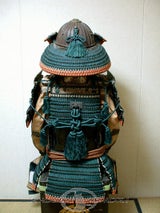 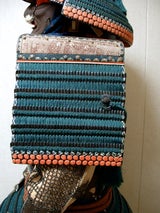 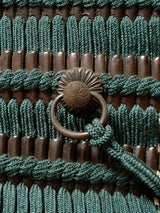 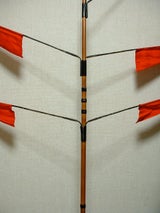 A blue-laced suit of armor with a go-mai do, Edo period (18th-19th century)

Comprising a thirty-two plate russet-iron suji kabuto of dome shape mounted with four-stage mixed metal tehen kanamono, the mabisashi and fukigaeshi applied with stenciled doe skin and fitted with a gilt-copper tonbo jiri carved with floral scrolls and attached with a cherry floret boss and a gilt-copper disc maedate carved with a plum crest, the bowl fitted with a four-lame shikoro the bottom two lames terminating at different intervals and the top lame turning back to wide fukigaeshi applied with copper crests of the Hanabusa clan; russet-iron menpo applied with a white mustache of boar's fur and fitted with a four-lame yodarekake; the go-mai do a hybrid of honkozane scales laced in keibiki hodoshi at the top and a black-lacquer Hotoke do at the bottom, the munaita decorated with stenciled doe skin, the reverse with a holder for sashimono consisting of six independent red flags, fitted with four sections of broad five-lame honkozane kusazari, the lowest lame split into two sections; osode with stenciled doe skin on the kanmuriita; shinogote with cherry blossom plates on the elbows; kawara haidate; shino suneate; one wood storage box

Following the battle of Sekigahara in 1600, Takamatsu Castle came under the control of the Hanabusa clan. In recognition of their participation, Tokugawa Ieyasu rewarded the Hanabusa clan with land and elevated status, after which they became among the most trusted of the Tokugawa retainers.