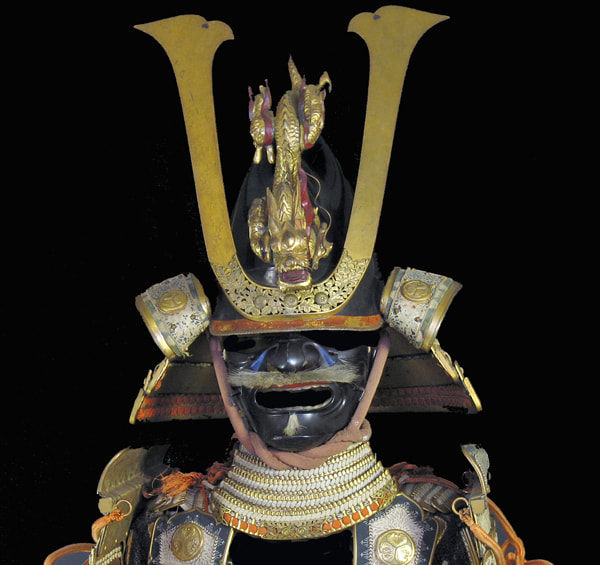 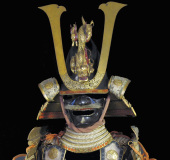 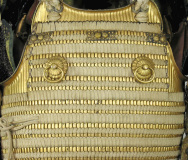 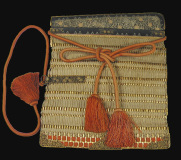 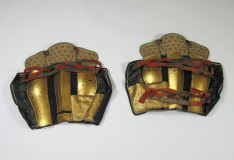 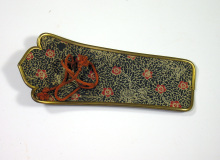 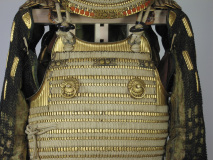 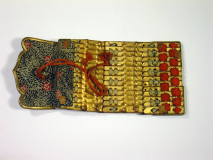 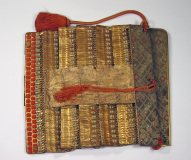 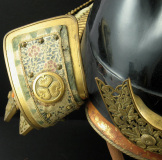 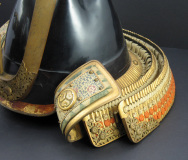 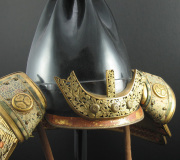 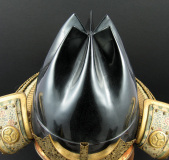 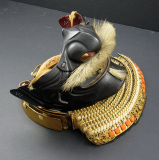 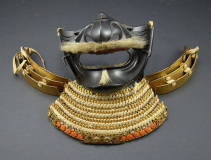 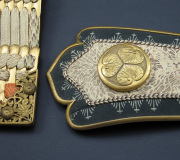 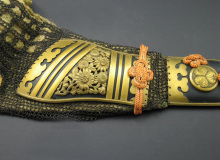 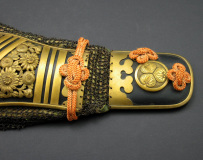 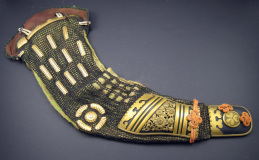 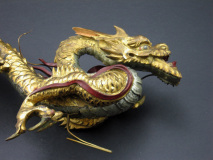 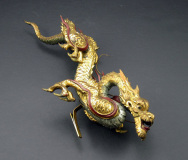 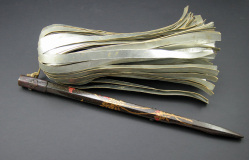 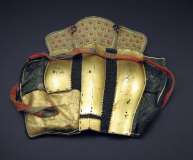 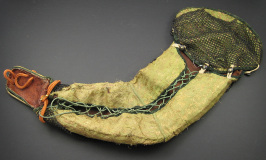 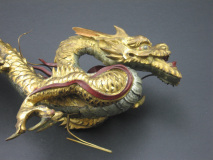 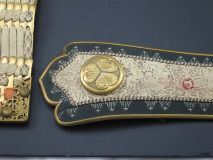 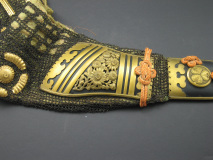 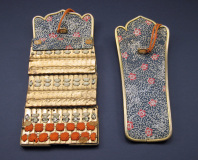 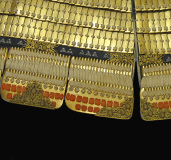 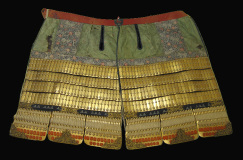 This fine quality armor is in the restoration style initiated by the eighth shogun, Tokugawa Yoshimune (1684-1751), who advocated a return to the samurai virtues of the Kamakura period (1185-1333). The armor is accordingly a hybrid of styles from the Kamakura period, and the tosei gusoku (equipment of the times) dating from the 16th through the 18th century, and persisting beyond then. The helmet bowl is a particularly individual form of kawari kabuto (exotic helmet) which would have drawn much attention to the wearer on ceremonial occasions during the Edo period. The gilt triple-leaf mon indicate that the armor was made either for one of the Tokugawa shoguns, or for a daimyo of one of the great family estates of Owari, Mito, Kii, or the close allied clans. The kote (sleeves) are inspired by the Kamakura-period pair of armored sleeves in the collection of the Kasuga Shrine, which were said to have belonged to the heroic Minamoto no Yoshitsune (1159–1189), and of which a number of select copies were made during the Edo period.