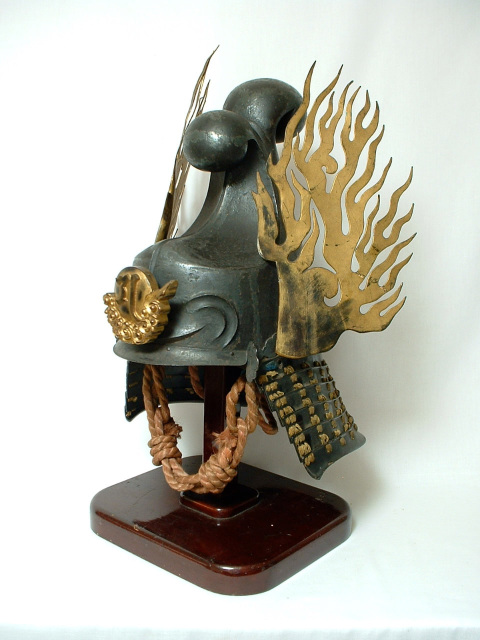 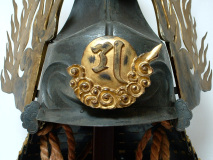 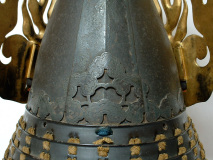 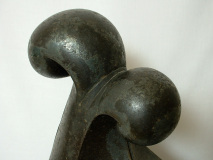 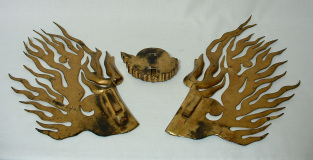 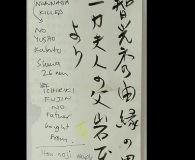 A ten-plate silver-splashed iron kawari kabuto, the back rising in a form reminiscent of a tokan (Chinese crown-style helmet) into two pieces of warabi (edible young fern shoots), the front with embossed swirling eyebrows, with a narrow brim, the top plate of the shikoro of iron cut into a row of linked cloud shapes, with small fukigaeshi of cloud profile, a large gilt wood yokodate (side crest) of flames, and the gilt wood maedate (forecrest) in the shape of a drifting cloud with the Sanskrit character for Marishi ten (Skt. Marici), a guardian deity for the samurai.